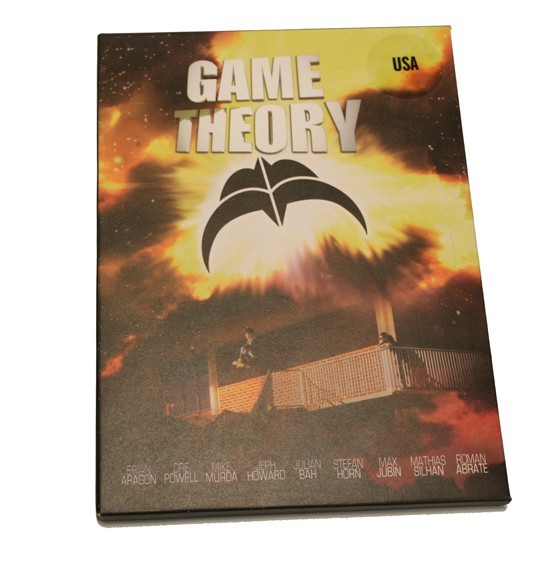 --  "You ready?"  are Brian Aragons first words in Game Theory as he gets amped for a trick in the 2010 Razors Team video. Produced by Helton Brazilionaire Siqueira Game Theory is one of the most anticipated videos of the year. It showcases truly next level skating from an amazing team of pros, amateurs and up and coming talents. Featuring Dre Powell, Stefan Horngacher, Julian Bah, Jeph Howard, Mike "Murda" Johnson, Mathias Silhan, Max Jubin, Roman Abrate, Eric "Ski" Perkett, Edwin Wieringh, Iain McLeod and ending in a firework of hammers by Brian Aragon.

Filmed in fantastic production quality at amazing spots all over the world, the scenery and spot selection make this film as visually stimulating as it is epic. The video puts the viewer into the individual sections unlike any video before. With footage around the biggest hammers in the video, it creates a surreal feeling of almost being there when these tricks were landed. Hearing what the skaters say, seeing what they are doing and trying to wrap their minds around it is an inspiration for everybody to go skating.

If you are looking for gnarly, face-melting tricks done with style and finesse -- this is the video for you. Are you ready?